Understanding Fraud Within the Equine Industry Under California Law

Unlike any other industry, the equine industry experiences its fair share of fraud, if not more than other business sectors. Generally, horse sales are understood to be “as is,” meaning it is the buyer’s duty to have the horse examined via pre-purchase exam by a veterinarian and that all sales are final. California has addressed such fraud in the equine industry by legislating multiple statutes. Civil Code §1709 states that if someone willfully deceives another with the intent to induce that person to alter their position which causes damage to that person, the person who acted with deceit is liable to the defrauded party for all damages they suffer. 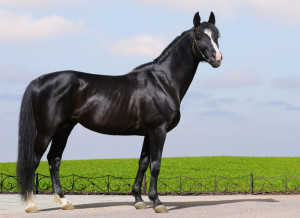 It’s important for sellers in California to understand that a recession of the sale may be demanded by the party that purchased the horse, even if an untrue statement was made by the seller negligently. Under equine law, sellers must also comply with the requirements of §19525 of the California Business and Professions Code which requires the use of a written bill of sale in connection with any sale, purchase or transfer of a horse. If you are a seller of horses in California, it is in your best interest to use a written contract with transparent disclosure of all relevant facts and material (health and competition history) related to the horse.

A defrauded party to a contract may affirm the contract or rescind it. If they choose to rescind it, they must restore any benefit received from the defendant in exchange for return of consideration – paid by the defrauded party. The injured party can retain the benefits of the contract (i.e. a purchased horse) and seek damages for any loss caused by the fraud.

If you’re a buyer who believes you have been the victim of fraud through an equine sale, contact Catanese & Wells today at 818-707-0407.

View all posts by: admin