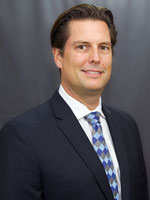 Douglas R. Hume, Esq. was admitted to the California State Bar in 1997. He began his law practice with Catanese & Wells focused on business matters with an emphasis on capital raising and business formation. In this area, Mr. Hume has acted as general counsel to a number of companies including several publicly traded entities.

Born in Seattle, Mr. Hume was raised in Orange County, Calif. He is married with three children.